After over a decade of writing for fun and friends, for the love of literature and and for magazines not money, I finally decided to see if people wanted me to write a proper book, and whether they would pay for it.

I set up a Kickstarter page to crowd-fund a book, and less than two months later my project is fully funded, and I now have two months or so to finish the actual book.

This is possibly the most exciting thing that has ever happened to me.

As I promised my many backers, I drew up a rough Contents to give them an idea of what to expect when their letterbox clangs in March, and here it is: if you are tempted, you have three days left to join the crowd and get your name in the back of the potential Pulitzer Prizing winning work, (potential in that it will be a piece of printed material, and therefore at the very least eligible for the Pulitzer. I think).

Introduction: in which our hero explains why he supports Southend United. (There is really only one feasible explanation, as you will see.)

Ch.1: Berlin, Germany, 2006: in which our hero gets three jobs and sneaks into as many World Cup matches as he can.

Ch.2: Salvador, Brazil, 2014, Opening Match: in which our hero arrives in town with no tickets, no friends, and a hotel which possibly doesn’t exist.

Ch.5: Lisbon, Portugal, 2014: in which our hero makes the best sporting choice of his life

Ch.6: Salvador, Brazil, 2014, Game 2, Germany vs Portugal: in which our hero confuses a lot of people with his jerseys and languages.

Ch.7: Aix-en-Provence, France 1998: in which our hero misses his first World Cup, but still has the time of his life.

Ch.9: London, England, 2012: in which our hero helps out with the Olympics, discovers the greatest sport ever invented, and is given an award by the Queen of Britain. Kind of.

Ch.10: Salvador, Brazil, 2014, Game 4, Iran vs Bosnia: in which our hero fails to complete one of his collections.

Ch.13: Cape Town, S.Africa, 2010: in which our hero sees nine World Cup matches and survives The Bus of Doom.

Ch.14: Salvador, Brazil, 2014, Game 6, The Netherlands vs Costa Rica: in which our hero boos Arjen Robben, and the world falls in love with the Ticos.

Ch.15: Buenos Aires, Argentina, 2011: in which our hero gives up being vegetarian, and visits the ground of his patriotic enemy.

Ch.16: Rio de Janeiro, Brazil, 2014, The Final: in which our hero may or may not finally get a ticket to watch the World Cup Final.

Conclusion: in which our hero concludes.

I hope that sparks your interest: feel free to visit the Kickstarter page to get further details or, if you are reading this after the campaign has ended, look out for the book in your local bookshop!

Posted by doronklemer on January 4, 2015 in BOOKS

For any of you readers out there who are wondering why I am currently living in Lisbon, you have probably never been here.

And mainly, the little things, like the ‘Tell A Story‘ van. 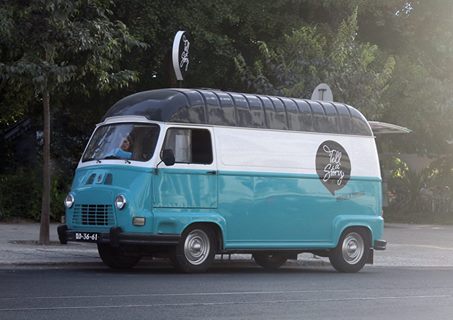 On a weekend jaunt to one of the many and fascinating craft and food markets across the city a while ago, I discovered a cute old VW van parked on the road. A friendly bearded young guy, (most Portuguese guys are friendly and bearded, you soon discover living here), was discussing Portuguese literature with passing tourists, and selling them various authors in various languages from a bookshelf propped against the van. 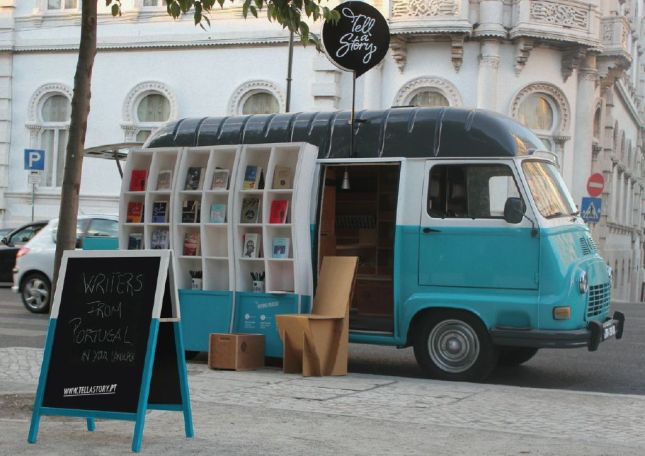 I had discovered the wonderful mobile literature shop of Lisbon.

Featured in articles as far afield as the UK’s Guardian newspaper, this four-wheeled book depository parks up at popular weekend spots and engages people in Portuguese literature, with the cunning use of beautiful postcards featuring some of my favourite Portuguese pen-pushers, from Eça de Queiróz to José Saramago to, of course, my beloved and befuddled Fernando Pessoa, (all of whom have had the honour to be featured in previous blogs which you can read by the interweb magic of simply clicking on their names above). 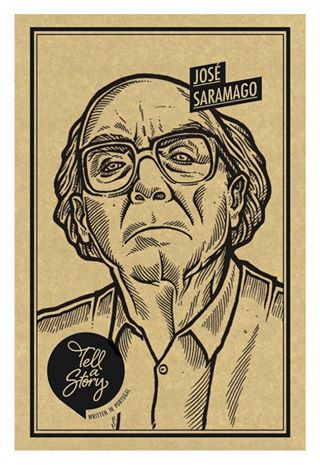 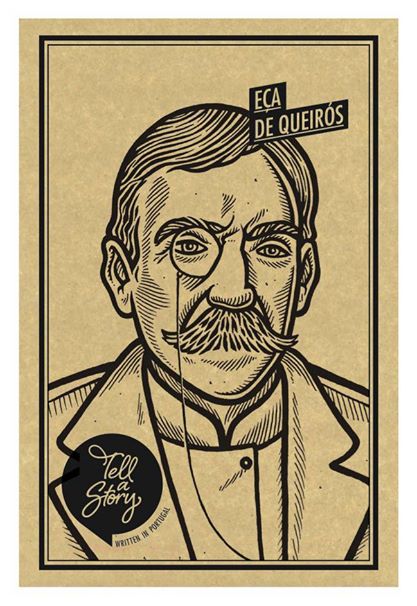 Is there a cooler job in the world than driving around, finding a parking spot, and discussing and selling people literature? I may apply for a part time job, if they’ll have me.

I leave the last word(s) on why they do what they do to them, because they are beautiful words:

“Because we believe there’s no better way to remember a journey than a book. And that nothing makes one travel more than reading”

If you want to know more about Lisbon, my book is available to order now by simply clicking here!

Posted by doronklemer on December 18, 2014 in BOOKS

‘O País Do Carnival,’ (‘The Country Of Carnival’), Jorge Amado

‘The Cuckoo’s Calling,’ RobertGalbraith, aka J.K.Rowling

‘Pensageiro Frequente,’ (excellent but untranslatable pun on ‘frequent flyer’  which would be ‘Passageiro Fequente,’ but here using the word ‘thinker in place of ‘passenger’ as the two words are very similar in Portuguese, making it something like ‘Frequent Thinker.’ Only funnier in Portuguese), Mia Couto

A dozen new books bought, and one short of that read: THAT’S more like it!

With the World Cup ending on July 11th, (in case you were either living under a rock, uninterested in football, or Brazilian and trying desperately to pretend that the tournament had ended after the Quarter Finals), I was left with two weeks to enjoy the sun, sand, coconuts and caipirinhas of an east coast Brazilian beach. 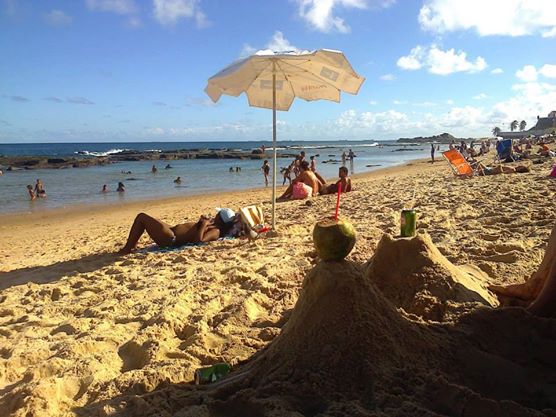 I delved into Brazilian literature, plowing through some excellent short stories by 19th century master Machado de Assis, (quite enjoyable), and some short essays by modern journalist Luis Fernando Verissimo, (ditto: to give you an idea of the vibe of this short story compilation, the first tale featured Batman and Dracula both trying to get euthanised at a Swiss clinic: one because he’s old and too weak to be a bat fighting crime, the other because he’s bored of being an ageless bat killing people…)

The highlight, though, was finally finding something by Gonçalo M Tavares, a young Portuguese author beloved by my beloved José Saramago, (the latter’s ‘He will win the Nobel Prize for Literature before too long’ quote is all over most of the former’s books). 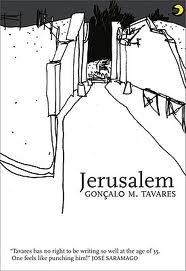 ‘Matteo Lost His Job‘ was experimental and playful, linking a series of very short but beautifully crafted pictures of everyday yet strange people, in everyday yet outrageous situations, in a similar way to David Mitchell does in his masterful ‘Cloud Atlas.’ I can’t wait to find, buy, and devour some more by him to see if he can live up to the hype that I (and Saramago) have created for him.

I was excited to find an unbelievably beautiful collection of ten illustrated volumes of the Portuguese epic poem ‘The Lusiads‘ in my favourite market, as well as the complete works of Brazilian poet Manuel de Barros who had been recommended to me by a new Brazilian friend.

However, since I don’t have several thousand spare €uros to spend on excess baggage allowance, my entire Portuguese-language book collection is currently being housed by my fantastic Czech-Argentina co-worker in an Alfama apartment in Lisbon. 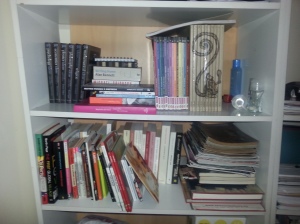 I will be back soon to reclaim it, to read it, and to let you know what’s good…

Posted by doronklemer on September 3, 2014 in BOOKS